Harshad Shantilal Mehta was born in a Gujarati Jain family of modest means. His early childhood was spent in Mumbai where his father was a small-time businessman. Later, the family moved to Raipur in Madhya Pradesh after doctors advised his father to move to a drier place on account of his indifferent health. But Raipur could not hold back Mehta for long and he was back in the city after completing his schooling, much against his father’s wishes.

Mehta first started working as a dispatch clerk in the New India Assurance Company. Over the years, he got interested in the stock markets and along with brother Ashwin, who by then had left his job with the Industrial Credit and Investment Corporation of India, started investing heavily in the stock market.

Mehta gradually rose to become a stock broker on the Bombay Stock Exchange, who did very well for himself. At his peak, he lived almost like a movie star in a 15,000 square feet house, which had a swimming pool as well as a golf patch. He also had a taste for flashy cars, which ultimately led to his downfall. 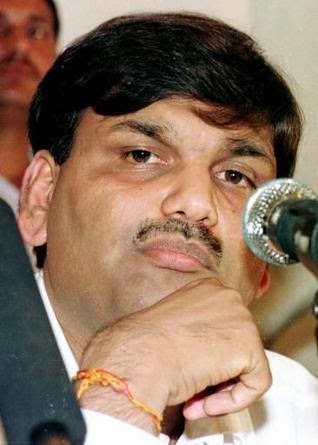 The year was 1990. Years had gone by and the driving ambitions of a young man in the faceless crowd had been realised. Harshad Mehta was making waves in the stock market. He had been buying shares heavily since the beginning of 1990. The shares which attracted attention were those of Associated Cement Company (ACC),” write the authors. The price of ACC was bid up to Rs 10,000. For those who asked, Mehta had the replacement cost theory as an explanation. The theory basically argues that old companies should be valued on the basis of the amount of money which would be required to create another such company.
Mehta was the darling of the business media and earned the sobriquet of the ‘Big Bull’, who was said to have started the bull run. But, where was Mehta getting his endless supply of money from? Nobody had a clue.

The crucial mechanism through which the scam was effected was the ready forward (RF) deal. The RF is in essence a secured short-term (typically 15-day) loan from one bank to another. Crudely put, the bank lends against government securities just as a pawnbroker lends against jewellery….The borrowing bank actually sells the securities to the lending bank and buys them back at the end of the period of the loan, typically at a slightly higher price.
It was this ready forward deal that Harshad Mehta and his cronies used with great success to channel money from the banking system.

A typical ready forward deal involved two banks brought together by a broker in lieu of a commission. The broker handles neither the cash nor the securities, though that wasn’t the case in the lead-up to the scam.

This the brokers could manage primarily because by now they had become market makers and had started trading on their account. To keep up a semblance of legality, they pretended to be undertaking the transactions on behalf of a bank.

Another instrument used in a big way was the bank receipt (BR). In a ready forward deal, securities were not moved back and forth in actuality. Instead, the borrower, i.e. the seller of securities, gave the buyer of the securities a BR.

a BR confirms the sale of securities. It acts as a receipt for the money received by the selling bank. Hence the name - bank receipt. It promises to deliver the securities to the buyer. It also states that in the mean time, the seller holds the securities in trust of the buyer.

Having figured this out, Metha needed banks, which could issue fake BRs, or BRs not backed by any government securities. Two small and little known banks - the Bank of Karad (BOK) and the Metorpolitan Co-operative Bank (MCB) - came in handy for this purpose.

Once these fake BRs were issued, they were passed on to other banks and the banks in turn gave money to Mehta, obviously assuming that they were lending against government securities when this was not really the case. This money was used to drive up the prices of stocks in the stock market. When time came to return the money, the shares were sold for a profit and the BR was retired. The money due to the bank was returned.
The game went on as long as the stock prices kept going up, and no one had a clue about Mehta’s modus operandi. Once the scam was exposed, though, a lot of banks were left holding BRs which did not have any value - the banking system had been swindled of a whopping Rs 4,000 crore.

Mehta made a brief comeback as a stock market guru, giving tips on his own website as well as a weekly newspaper column. This time around, he was in cahoots with owners of a few companies and recommended only those shares. This game, too, did not last long.

Interestingly, however, by the time he died, Mehta had been convicted in only one of the many cases filed against him.

Mr Mehta was under judicial custody in the Thane prison after a special court remanded him and his two brothers, Mr Ashwin Mehta and Mr Sudhir Mehta, in a fresh case of misappropriation. According to sources, Mr Mehta complained of chest pain late night and was admitted to the civil hospital where he breathed his last around 12.40 a.m.(jan. 1, 2002).