The Institute of Company Secretaries of India (ICSI) has written a letter to Ministry of Corporate Affairs  on 13.10.2013 by which it has requested to extend the last date of the Company Law Settlement Scheme, 2014 to December 31st, 2014.
The CLSS 2014 has been introduced for condoning the deny in filing the pending annual documents granting immunity for prosecution and charging a reduced additional fee of 25% of the actual additional fees. The Scheme also gives an opportunity  to inactive companies to get their companies declared as ‘dormant company’ as well as enables inactive companies to remain on the Register of companies with minimal compliance requirements.
30th September being the last date for annual filings. the holding or AGMs etc. professionals are busy in the months of September/October/November. Further, professionals were initially finding it difficult to bring the directors names on portal of MCA in order to avail the facility. Accordingly the request for extension of period of CLSS to 31st December 2014 is has been made. 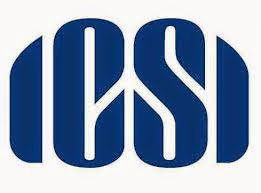