What is a Deemed Sale ?

Under the State Sales Tax Laws, before the 46 th Amendment to the Constitution of India, the Sales Tax was applicable only on the sales covered under the sale of goods Act (Normal sale). The indivisible works contracts were not covered under the State Sales tax Acts since works contracts were not normal sales. The Supreme Court confirmed this legal status in its land mark judgment in the case of Gammon & Dunkerely (9 STC 353). Due to this legal status, the states were denied the levy of Sales Tax on the indivisible works contracts. Such contractors were outside the clutches of sales tax laws. 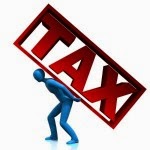 Finally, the 46 th amendment to the Constitution of India has been made on 2 nd February, 1983 to add a sub-article (29-4) as under,
“(b) a tax on the transfer of property in goods (whether a goods or in some other form) involved in the execution of a works contract”.

After the said 46 th Amendment to the Constitution, the States were empowered to levy Sales Tax / Works Contract Tax on such sales, called as “Deemed sales” involved in the execution of works contract. Due to the said amendment, the concept of `Deemed Sale’ was introduced. The important features of deemed sales are as under,

( c ) If in a contract there is no transfer of property in goods from the contractor to the contractee, then No sales tax is applicable on such contracts, called as “ Pure Labour Jobs”.

(d) Under the deemed Sale , an artificial break up of indivisible works contract has to be made to arrive at the `material’ value and the `labour’ value of the contract.

Therefore, after the 46 th Amendment to the Constitution of India, the States are empowered to levy sales tax (now VAT) on such deemed sales but only on the `Material Value’ of the works contract. The High Courts and the Supreme Court have suggested methods on “How to arrive at a material value from the total Contract Price”. (Gannon Dunkerly’s SC Judgement 1993 ) (88 STC 204).

The Supreme Court has also allowed the States to come out with an alternative method to levy Sales Tax on Works contract, if to arrive at material value is difficult. The states have come out with a alternative method called as “Composition Tax” method to tax the indivisible works contract, which is a non-legal /alternative method. The small percentage like 1%, 2%, 4%, 8% as Composition Tax is levied but on the total contract price without any deduction which is available in the legal options under the State Sales Tax / VAT Acts. After, the said amendment to the Constitution certain States a namely Maharashtra & Delhi have come out with separate `Works Contract’ Acts. The other states incorporated the separate provision to levy Sales Tax on the deemed sales in the works contracts. Under the State Sales Tax Acts or separate Works Contract Acts, No contractor or contractee were entitled to claim any set off of Sales Tax paid to their vendors. There was a double taxation in the hands of Contractors in the Sales Tax Regime.