Byrraju Ramalinga Raju (born September 16, 1954) founded Satyam in 1987 after venturing earlier into other businesses such as construction and textiles. He started an IT company with 20 employees that obtained the contracts for IT projects, mostly from US companies. Satyam rapidly developed and became a multinational company with thousands of employees spread over many countries. Raju showed a strong social orientation and has been furthering the cause of social transformation through Byrraju Foundation and EMRI. 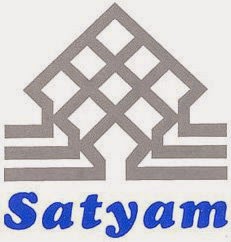 AWARDS WON BY THE COMPANY:

A botched acquisition attempt involving Maytas (a company owned by his own family) in December 2008 led to a plunge in the share price of Satyam.In January 2009, Raju indicated that Satyam's accounts had been falsified over a number of years.He admitted to an accounting fraud to the tune of 7000 crore rupees or 1.5 Billion Dollars and resigned from the Satyam board on January 7, 2009.In his letter of resignation, Raju described how an initial cover-up for a poor quarterly performance escalated: "It was like riding a tiger, not knowing how to get off without being eaten."Raju and his brother, B Rama Raju, were then arrested by Andhra Pradesh police on charges of criminal breach of trust, criminal conspiracy, cheating, falsification of records and forgery. Raju faces up to ten years in prison if convicted of misleading investors.Raju had also opened multiple benami (dummy) accounts through relatives and friends and used them to trade in Satyam's shares, violating the insider trading norm.It has now been alleged that these accounts may have been the means of siphoning off the missing funds.

Raju claimed in the same letter that neither he nor the managing director had benefited financially from the inflated revenues. He claimed that none of the board members had any knowledge of the situation in which the company was placed.

New Board of Directors Appointed at Satyam

Maytas Infra Limited a group of companies controlled by the Raju family of India. A property development company founded in 2005. The Ernst & Young is the statutory auditor of Maytas Properties.An infrastructure development, construction and project management company. Maytas Infra is run by Teja Raju, the elder son of Satyam Computer Services founder B Ramalinga Raju. It has come under the scanner due to its association with B. ramalinga raju.

Various agencies, including the state Crime Investigation Department, have been probing the Maytas affair after B Ramalinga Raju admitted to serious financial fraud in Satyam Computer. Since the firm has been promoted by Ramalinga Raju and his family, Maytas has come under scanner, particularly in relation to the major infrastructure projects it secured from the Andhra Pradesh government. Also, there were allegations that funds from Satyam were diverted to Maytas, causing the government agencies to verify the infrastructure company’s records as well. Maytas infra has requested for an extension og its quarterly results due to these investigations.

In 2008, the Satyam board approved a US$ 1.6 billion acquisition of the Maytas Infra ($300 million) and Maytas Properties ($1.3 billion) controlled by the Raju family. The acquisition attempt was seen as an attempt by the Raju family to exploit Satyam's cash resources, as the transaction would have left Satyam in a debt of around $400m. After protests from the institutional shareholders, the deal was abandoned.

In 2009, B Ramalinga Raju resigned as the Satyam CEO, admitting to an accounting fraud to the tune of 7136crore rupees. Raju stated that the aborted Maytas deal was actually a last attempt to "fill the fictitious assets with real ones".