Posted by Unknown on 05:24 in Investments Stock Exchange | Comments : 2

The New York Stock Exchange traces its origins to 1792, when 24 New York 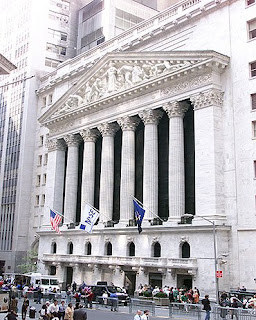 City stockbrokers and merchants signed the Buttonwood Agreement. This agreement set in motion the NYSE’s unwavering commitment to investors and issuers.

Originally called the "curb market" because its brokers traded outdoors in the street, the Amex has been at the forefront of the U.S. financial markets over the course of two centuries.

Nearly 20,000 people toures at The New York Stock Exchange Building in a day. They were eager to see its austere architecture, symbolizing the strength and security of the NYSE, its grand spaces and its modern technology. No expense was spared to support the business of trading.

The London Stock Exchange is one of the world’s oldest stock exchanges and can trace its history back more than 300 years. Starting life in the coffee houses of 17th century London, the Exchange quickly grew to become the City’s most important financial institution. Over the centuries following, the Exchange has consistently led the way in developing a strong, well-regulated stock market and today lies at the heart of the global financial community.

milestones in the story of the London Stock Exchange. 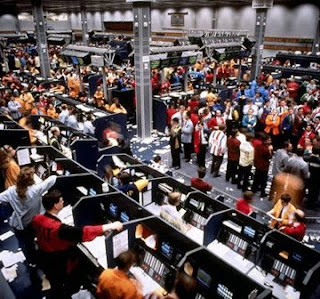 1698
John Castaing begins to issue “at this Office in Jonathan’s Coffee-house” a list of stock and commodity prices called “The Course of the Exchange and other things”. It is the earliest evidence of organised trading in marketable securities in London.

1698
Stock dealers are expelled from the Royal Exchange for rowdiness and start to operate in the streets and coffee houses nearby, in particular in Jonathan’s Coffee House in Change Alley.

1720
The wave of speculative fever known as the “South Sea Bubble” bursts.

1748
Fire sweeps through Change Alley, destroying most of the coffee houses. They are subsequently rebuilt.

1761
A group of 150 stock brokers and jobbers form a club at Jonathan's to buy and sell shares.

1773
The brokers erect their own building in Sweeting’s Alley, with a dealing room on the ground floor and a coffee room above. Briefly known as “New Jonathan’s”, members soon change the name to “The Stock Exchange”.

1801
On 3 March, the business reopens under a formal membership subscription basis. On this date, the first regulated exchange comes into existence in London, and the modern Stock Exchange is born.

1802
The Exchange moves into a new building in Capel Court.

1836
The first regional exchanges open in Manchester and Liverpool.

1854
The Stock Exchange is rebuilt.

1876
A new Deed of Settlement for the Stock Exchange comes into force.

1914
The Great War means the Exchange market is closed from the end of July until the new year. The Stock Exchange Battalion of Royal Fusiliers is formed – 1,600 volunteered, 400 never returned.

1923
The Exchange receives its own Coat of Arms, with the motto “Dictum Meum Pactum” (My Word is My Bond).

1939
The start of World War Two. The Exchange is closed for 6 days and reopens on 7 September. The floor of the House closes for only one more day, in 1945 due to damage from a V2 rocket – trading then continues in the basement.

1973
First female members admitted to the market. The 11 British and Irish regional exchanges amalgamate with the London exchange.

1986
Deregulation of the market, known as “Big Bang”:
1991
The governing Council of the Exchange is replaced with a Board of Directors drawn from the Exchange's executive, customer and user base. The trading name becomes “The London Stock Exchange”.

1997
SETS (Stock Exchange Electronic Trading Service) is launched to bring greater speed and efficiency to the market. The CREST settlement service is launched.