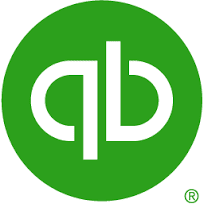 Intuit also offers a cloud solution called QuickBooks Online (QBO). The user pays a monthly subscription fee rather than an upfront fee and accesses the software exclusively through a secure logon via a web browser. Intuit provides patches, and regularly upgrades the software automatically.
As of May, 2014, QuickBooks Online was the global leader in online accounting software, with 624,000 subscribers. That's double the number of its nearest competitor, New-Zealand based Xero, which reported 284,000 customers as of July, 2014.
The cloud version is a distinct product from the desktop version of QuickBooks, and has many features that work differently than they do in desktop versions.
In 2013, Intuit announced that it had rebuilt QuickBooks Online "from the ground up" with an open platform design that allows third parties to create small business applications and gives customers the ability to customize the online version of QuickBooks to meet their specific business needs.
QuickBooks Online is supported on Chrome, Firefox, Internet Explorer 10, Safari 6.1, and also accessible via Chrome on Android and Safari on iOS 7. One may also access QuickBooks Online via an iPhone, a BlackBerry, and an Android web app.
In 2011, Intuit introduced a UK-specific version of Quick Books Online to address the specific VAT and European tax system. There are also versions customized for the Canadian, Indian, and Australian markets, as well as a global version that can be customized by the user.

The 1999 version of QuickBooks forced users to pay an additional fee for payroll table updates.The 2000 version of QuickBooks tried to force users to pay an additional fee for payroll tax updates for each company file. After a boycott, this fee was changed to one charge per copy of QuickBooks.
In April 2006, Intuit disabled functionality of add-on services for QuickBooks 2003 in the areas of Bill Pay, Credit Card Download, Do-It-Yourself Payroll, Employee Organizer, Merchant Service, Online Banking, Online Billing, and Support Plans and Services. Since then, Intuit has disabled equivalent functions for all QuickBooks versions approximately 30 months after it has stopped selling them.
On 15 December 2007, the company released a version of its automatic updater for Mac OS X with a serious program error. The company fixed the updater on 17 December, but by then it had caused substantial data loss for a number of users.
QuickBooks Online suffered an extended outage on February 2, 2009, and again due to power failures on June 16–17, 2010. Many customers complained on the company's forum, and threatened to leave the service for a competitor such as Sage. Brad Smith, Intuit's CEO, apologized for the series of outages, totaling around 60 hours, which affected most Intuit online products and tech support.A later July 14 outage resulted in a second Intuit CEO apology,which referred to Intuit's "new online products", "designed for 24/7 availability", and to "aggressively migrating" to two new data centers.
A QuickBooks 2009 online banking module had major problems, which resulted in hundreds of comments in several threads on the Intuit Community discussion forum.The QuickBooks product manager used these as an official thread to discuss problems, which were resolved in March 2009.
As of November 2014, users of QuickBooks for Mac have reported compatibility issues with Apple's new operating system, OS X Yosemite.