RECESSION IN US & ABANDONMENT OF DOLLAR

Posted by Unknown on 10:44 in General Knowledge on Taxation global economy | Comments : 0

We all have been busy to figure to out why US is seeking desperately for no more QE and hike the interest rates. US have no more buyers of its treasuries. This is the biggest reason why US wants to get out of QE. Moreover the rate of interest being demanded and not asked by the Treasury holders is killing the US economic growth over the next 10 years from now. The most surprising part would be in the coming decade that Dollar would loose the World Reserve Currency tag line.

Countries like Iran, Russia, China and Brazil have become increasingly concerned that the value of their T Bond holdings are being diluted by the Fed’s massive money printing campaign. Even they have started taking efforts to avoid Dollar as trading currency. Recently, Russia and China signed a 30 year gas deal that supposedly does not involve dollars for payment.

We all know that China have been the king of the US treasuries but over the past 1 year it kept it level at the same. China’s holdings of US Treasuries dropped to the lowest levels in two years after China dumped $47.8 billion in paper—equal to about 3.6% of its Treasury holdings as of November—bringing its total holdings to $1.27 trillion.

Russia has also reduced its holdings and many of them will try to add political colors for the same but the reality is that US dollar is being abandoned.  Astonishing I find that Belgium becomes the hot country in term of increasing it US treasuries holdings. Belgium held $188 billion of T Bonds in March 2013, $200 billion in November 2013, $257 billion in December of 2013 and $381 billion by March of 2014.

Belgium the name might have surprised but the truth is that US is trying hard to get the Euro to live even we all know that the European economy and its Euro-zone states are in deep trouble. Belgium don’t have the funds in its pockets moreover they don’t have a surplus in their budget. Their budget deficit is in the red, and their trade and current accounts are in the same colors. US treasuries were being offloaded in large quantities and this was creating a panic among the other investors. Hence they introduced the funds through Belgium and showing the world that they are buying it. This is the main reason behind winding up of the Treasury sales and using allusive jargon to fool the economy and the world that US economy is coming out of the recession and economic activities are improving. They even did not get buyers for the US treasuries and hence they took the decision of gradual winding up.

The Big cats are more focused towards the dollar rather than the high unemployment levels of 50% in some euro-zone countries. The Fed now holds nearly $2.4 trillion T-Bonds, or about two times as many as China.
Dollar deals are getting low and this is visible form the last year data that as on May 2013, the percentage of foreign exchange transactions conducted in dollars was 80% and the percentage of overseas reserves held in dollars was 60%. As countries sign more non dollar deals among themselves and diversify their reserves, these percentages will certainly fall. U.S Treasuries and bond buying is being executed through the large European banks which have U.S. subsidiaries. On a consolidated basis, non-US banks raised dollars by swapping other currencies and increasing dollar liabilities, even as they increased dollar claims outside the United States.

The below chart depicts the US treasury holdings.

Now as there are no buyers of the Treasuries in the near future and also the level of interest being demanded against them gives negligible position to the US government in the near future to revive or protect the economy from further collapse. US dollar is dumped and avoided by many economies and this gives significant threat to the US dollar and economy as with a huge deficit on its back it will be in a negligible position to bargain or command the green back. This is also one of the angles of looking towards why the US is desperately looking forward to become one of the top producers of crude replacing the Middle East. If US are able become the top leader of crude production and natural gases then its Dollar will remain as Trading /Reserve Currency.

This is the prime reason behind US aggressively moving ahead towards crude production and it has no other option than to replace Middle East. But recession will begin as US economy is still far behind recovery (well apart from the rosy picture of US FED Head). Employment and inflation are just opposite of what we are reading and assets bubbles are going to burst which will lead US economy to begin recession for the world economy.  2016-2020 we will witness one of the biggest recession and that would collapse the global economy. Well for a common man employment is the key factor which gets affected in Recession. 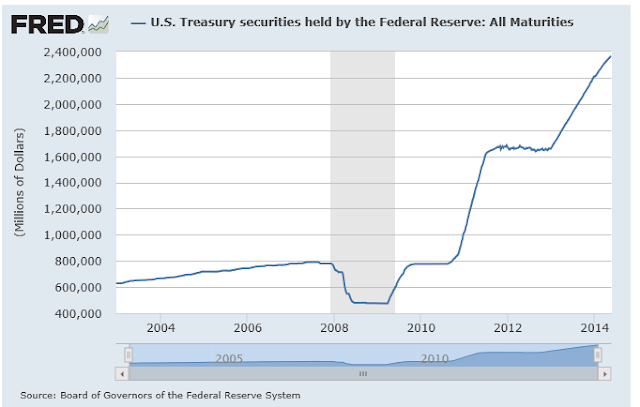