During 2016-2018 the Interest rates of US would rise and we must be prepared for the reversal of the inflow of capital from the emerging economies like India. Currently Equity markets across the globe are in the zone of all time highs based on QE injected steroids followed with Zero Interest rates. We all know that what has happened when only the words of interest rates hike was being uttered by the US FED during 2013 mid. Its QE has failed to bring growth within the macro economy of the US. We are not taking the Dowjones and the S&P 500 company’s growth as macro economic growth since there is a wide divergence between the economic growth and S&P 500 companies. The main headache going forward is the burst of the bubbles from various industries which will create a Tsunami affect on the global equity markets. The question is why US and the global economy will be under threat when the interest rates starts increasing. We are here to find the answerer in simple terms. Moreover we are finding here the rationales behind why US wants to raise interest rates despite of anticipated problems.

Current Zero Interest and QE affect on Industries…don’t be fooled.
Corporate profitability is currently at record levels in US. Operating margins equaled 8.9% at the end of 2013, a return to the previous peak. Big companies have taken the opportunity to borrow in the bond markets, locking in cheap financing for years to come. We are taking the numbers of new home sales to be positive and showing signs of recovery of the US economy. Well that’s another fool’s paradise of statistical numbers. A lower mortgage rate puts money into homeowners’ pockets when they refinance their loans (mortgage origination jumped by 39% to $1.75 trillion last year). It also encourages people to move. Existing-home sales were 4.66m last year, according to the National Association of Realtors.

I hope we are clear now about how much strength this growth has in real terms. Ones interest rates starts climbing a little every numbers will vanish. Zero rate of interest has pushed up the automobile consumption but that’s a borrowed or refinanced. Americans took out 19.9m car loans worth $388 billion in the first 11 months of 2012; both figures were six-year highs. Total American car sales rose by 13.4% to 14.8m last year, the highest total since 2007.  But all these are not stable economic growth. The are all inflated and all borrowed capital game and no real investments. The history of the global economy has number of cases where prolonged zero interest has been a birth of crisis.  In Thailand in the mid-1990s a property boom fuelled by cheap dollar loans ended in devaluation and disaster. In Spain and Ireland in the early 2000s cheap euro-denominated loans resulted in another property bubble.

Now come to the story of manufacturing excluding financial and utilities. Margins have improved over the last four years. Margins for S&P 500 (INDEXSP:.INX) companies (ex-financials and utilities) dropped to 5.9% during the financial crisis in 2009. Just a year and change later in the third quarter of 2010, margins had already returned to the earlier 2Q 2007 peak of 8.3%. Margins continued to increase over the next 12 months, eventually reaching an historical peak of 8.9% in third quarter 2011. Taxes and interest rates have never been more favorable for the profitability of US firms. Technology-created productivity increases and relatively low labor and commodity costs as factors in higher corporate margins. “S&P 500 companies lowered both cost of goods sold and selling, general & administrative expenses as a share of revenue.

Zero Interest rates used to buy Back
Further don’t be fooled with the corporate profit growth of US or European companies as most of them are hollow. Low rates have given another ammunition in the hands of the US and European corporate to allow firms to substitute debt for equity. This usually boosts earnings per share, which makes it an attractive choice. American companies spent around $400 billion last year buying back their own shares, the equivalent of 2.6% of GDP. British ones spent 3.1% of GDP the same way. The trend has continued in 2013 and 14 too. By march 2013 last year , $111.6 billion of American share buy-back programmes had been announced, a 96% increase on the same period in the previous year. As on September 2014 over the past 12 months American firms have bought more than $500 billion of their own shares, close to a record amount. Now why capital investments did not happen and where the funds of QE and Zero interest rates went is clear. The companies in the S&P 500 index bought $500 billion of their own shares in 2013, close to the high reached in the bubble year of 2007, and eating up 33 cents of every dollar of cashflow.

The Zero Interest rates play the game like this:  When it buys its shares or pays a dividend, a firm is transferring cash to its owners. It does not alter the underlying value of the firm, which is determined by its expected cash flows and their riskiness. Instead all that happens is that the financial instruments with a claim on those cash flows are reshuffled: the value of the firm’s equity declines, its cash falls (or debt rises) and investors’ cash holdings rise, all by an identical sum. In both cases, owners’ wealth is also unaffected: those who sell shares in a buy-back end up with more cash and fewer shares. These corporate have paid less tax since   interest paid on debt is tax-deductible, whereas interest earned on cash is taxable, by increasing its net debt to finance buy-backs or dividends, a firm cuts its tax bill. And of course, increasing the firm’s indebtedness makes it riskier.  This is one of the best uses of Zero Interest rates regime. The government has failed in both terms 1) poor macroeconomic investments 2) negligible corporate tax revenues.  Buy-backs  gave a superficial boost to EPS: the number of shares falls more than the decline in profits from higher interest costs. So don’t be fooled with the US stocks performances.

Sluggish investment despite low interest rates, and huge share repurchases, is broadly true of all of corporate America and this has taken a devils shape which will become active once the rate of interest rates start increasing. History says that repurchases by firms in the open market, the main type of buy-backs today, used to be banned. America loosened its rules in 1982, Japan in 1994 and Germany in 1998. But the criticism seems excessive, given how similar buy-backs are to dividends.

On the other hand the non-financial firms in the S&P 500 index last year took great advantages of Zero interest rates by extending the maturity of their debts. Their books roughly balanced: buy-backs, dividends and capital investment ate up 101% of operating cashflow. Their net debt was modest and stable relative to gross operating profits.  These are all the reasons why US wants to increase the interest rates since it knows that real benefit to the economy has be Zero. It wants to cut down these game and make the economy strengthen despite of some pains in the long term. Be prepared for the fall and be wise while doing investments. Stop taking cues from the US markets to plan your vision for investments. 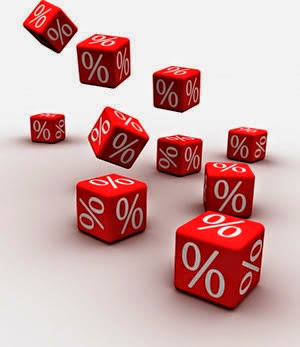