Posted by Unknown on 10:55 in global economy Indian economy | Comments : 0

Education is the most powerful weapon which you can use to change the world.” – Nelson Mandela

Currently West Bengal is fighting one of the toughest battles of Saradha Scam which is known by every citizen across any part of India. Today I am going to draw the attention of the media and of the society towards the Growing mafia in the education industry in West Bengal and other parts of India. In very corner we find education institutes have come up and parents who are seeking for a prosperous and quick career for their children’s are getting into the traps of these institutes and colleges. Well many famous journalist friends have covered him a lot and currently we all know the verdict of one of famous Institution. The irony part is that we have not only MALUTRATION in the baby food products in India but also we have MALUTRATION in the education system and turning more illiterate with qualified degrees.

In West Bengal and in many states I have found many Out Station Universities who are giving guarantee for passing any exam and that’s too without examination or even with examination then that is a manipulative. The distance course market has been violated followed with gaps in between the system and process. The study centers and Home centers plays the biggest game. When some one don't get admission in Calcutta University or any famous state universities then these outstation universities  comes into the play.This market works in a very professional manner where they get enrolled with franchise model where they em-panel with some good quality universities and they give good service and ethical service to the students. Once the level of confidence is built within the students and among the friends circle then they get empanelled with those universities who are full of violations. Then they catch those candidates who are in a quick rate race and they capture them to grow the business of these universities. One is only caught when one fine morning the Universities get caught or their affairs come to platter of the mass. Study centers and Home centers are the biggest players within this Mafia gang of Education.

Privatization of the education system has opend the flood gates for the Education mafias to play the duping cases of fake universities. The challenge is for the ones who are on the right path of the system.  the University Grants Commission (UGC) has identified and posted on its official website, a list of 21 self-styled, unrecognised institutions in nine states, which are functioning against the provisions of the UGC Act, 1956.
Uttar Pradesh tops the list with 10 fake varsities.  All these institutions have been declared as bogus and do not have any right to confer or grant degrees. But the game of fake examination is being  played across all universities except few. This game is proactive in the field of Distance education.
Further problems aggravate to the candidates who paid hefty fees to pass the course through manipulation and they are being refused for jobs. Even many of the employees have been sacked once the universities came into lime light.

State Government plays a pivotal role as education ministers and their fellow friends work as network. The network comes into lime light –restricted to the university/Chancellor/Director/Vice-Chancellor only when the government changes in that state or at the central level. Students are less informed about the various sections of the University Grant commission and the various categories of universities under them. Distance education has been used as the safest path to fulfills all these malpractices and gives a huge scale of growth to the industry.

In an interview it was reported by Dr Gurcharan Singh, Deputy Secretary, UGC, “Whenever the existence of activities of a fake university come to the notice of the Commission, the concerned State Government is requested to take necessary legal action against the University. In certain cases, however, the operators of fake universities manage to get court stay in their favour, whenever any legal proceedings have been initiated by the State Government. In case, where the UGC has made one of the respondents, counter affidavits have been filed indicating the points of violation of provisions of the UGC Act, and services of legal experts or advocates hired wherever necessary.”

Calculation of earnings from these universities by the Franchise players- for MBA of 4 semesters the fee of the University is say Rs 20000 each. Now if you are Quick rat race student then that fee goes upto Rs.30000 each. This includes examination management which means that you don’t have to sit for examination or your answerer will be manipulated. The project work is also being conducted by someone else and for that you have to shed another Rs.10000 from your pocket. So now calculate the original revenue earned by the franchise on each student.These games are being played by Study Centers and even the university fellows are being paid a part of this earning so that they don take any cation.

If you don’t believe my words you can take up a sting operation and can find the same.  The biggest challenges occur for those Home centers or study centers that are doing their work with all legal bindings and with proper affiliated universities. Well I am providing below the list of University Grants Commission (UGC) Universities affiliated.

Pondicherry University
I found that many universities have opted the game of Name Twisting while creating their unrecognized universities taking full advantage of the confusion and communication gap of the students and parents.  Students across India without any differentiation are the part of the traps created by the education Mafia’s. Once can carry a sting operation and can catch the network. Hence students are being advised and their parents check the list of institutes or Universities in the UGC website and check proper validation of the courses and certificates. Don’t check the website of the University since which one is dubious and original will be another conflicting issue.

Don’t believe your friends as they are first bait to catch the students. It’s a type of multi level marketing being adopted by these Education Mafia study centers. 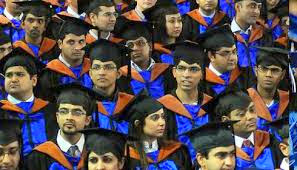