All you want to know about Pension and Its Taxability

Posted by Unknown on 13:00 in General Knowledge on Taxation Income tax pension | Comments : 0

PENSION
Pension is a retirement benefit; this is taxed as salary in the hands of the employee.
Tax is deductable under section 192 of income tax act on payment.
Family pension received by the dependence of the employee is taxable under the head income from other source.
TDS is not deductible on family pension as it is not covered under section 192 of the Income tax act
Exemption under section 10 (18) if any income by way of pension / family pension shall be exempt if such individual has been in the service of central government/ state government and has been awarded Paramvir Chakra or Mahavir Chakra, or Vir Chakra or such other Gallantry awards as may be notified.
Exemption of family pension received by the family members of armed forces (including paramilitary forces) personnel killed in action in certain circumstances 10 (19).
Who is eligible for pension/ family pension
Person himself, his/her spouse, children below 25 year of age, unmarried daughter.
What is the tax treatment for family pension received by the legal heirs of a deceased employee
It will be taxable under the head ‘income from other source’ .under section 57(iia) a standard deduction shall be allowed to the legal heir @33.333% of such pension or Rs. 15,000, whichever is less.
Important point:Divorced wife loses the status of a legally wedded wife and as such is not entitled to the award of family pension. However, the eligible child/children from a divorced wife shall be entitled to the share of family pension which the mother would have received at the time of death of her husband had she not been divorced.
What are the document to be filled for family pension in case of death?
certificate of income, required to be submitted by a claimant member of family (other than spouse) along with application form (Form 14)
PPO and death certificate after the death of a pensioner/family pensioner
Department of Personnel, P.G. & Pensions(DOPPW), Government of India, New Delhi has issued the O.M. No. 1/16/2011-P&PW(E) dated 20.9.2012 regarding- Family pension, this O.M. is being uploaded on the ICAR web-site icar.org.in for information and further guidance.
What are the documents to be filled when the name of the claimant member is not available in the records?
The certificates prescribed at serial number 9(v) of Form 14 may be accepted. In addition to these certificates:-
PAN Card, Matriculation Certificate, Passport.
CGHS Card, Driving License
Voter’s ID card and Aadhar Number may also be accepted.
The Applicant has also to prove that no other surviving member in the family, who may have a prior entitlement for family pension, is eligible. For this purpose the above and/or any other document such as marriage/death/income certificate of the other member, which may be essential in a given situation may be used.
FOR DETAIL OF OTHER FORMS PLEASE REFER WEBSITE www.pensionersportal.gov.in/forms/Applicationforms/mapplication.asp
Two kinds of pension:-
Uncommuted pension:- periodical payment on monthly basis
Commuted pension:- when a person forgo a portion of the pension and receive a lumpsum amount by surrendering such portion of pension, this is called commuted pension. The pension may be fully or partly commuted.
Tax Treatment of Pension:-
There are two kinds for treatment of pension is as under:-
Uncommuted pension i.e. periodical pensionIt is fully taxable in the hands of all employees, whether government or non- government.
Commuted Pensiona)Exempted in case of Government employee or employee of local authorities or statutory corporation[section 10(10a)(i)]
b) Non-Government Employee
Any commuted pension received is exempt from tax in the following manner:
If the employee is in receipt of gratuity
Exemption = 1/3rd of the amount of pension which he would have received had he commuted the whole of the pension.
If the employee does not receive an gratuity
Exemption = ½ of the amount of pension which he would have received had he commuted the whole of the pension

Caution: Exemption shall be to the extent it is allowed to be commuted and the balance uncommuted Pension received periodically will be fully taxable.
Example:- An employee, drawing a salary of Rs. 5000 p.m., retires from service and becomes entitled to receive pension of Rs 3000 p.m. He gets half his pension commuted and receives Rs. 60000 as lump sum payment. Henceforth, he shall be entitled to a pension of Rs. 1500 p.m. Compute the exemption available under section 10(10A) in respect of the commuted pension. He is also entitled to gratuity.
Solution:- in this example, employee was entitled to a pension of Rs 3000 p.m. out of which he commuted 50% i.e. Rs. 1500 p.m. and received a sum of Rs 60000. The exemption, however, will be to the extent of commuted value of 1/3 of the total pension which he was entitled to receive i.e. 1/3 of Rs. 30000. If commuted value of Rs 1500 is Rs. 60000, full commuted value would be Rs. 120000 and 1/3 of the same i.e. Rs. 40000 shall be exempt. The balance Rs. 20000 shall be included in gross salary. Alternatively, the exemption can be calculated as under:
For Rs. 1500 pension commuted- amount receive Rs. 60000
For Rs. 1000 pension commuted-commuted amount shall be
Hence, if the employee is also entitled to gratuity then let out of the same Rs 60000 received as commutation of pension, Rs 40000 would be exempt and Rs. 20000 would be taxable. Besides, the uncommuted pension of Rs 1500 per month will also be taxable.
Point to be remember;-
Judges of the Supreme Court or High Court will be entitled to exemption of the commuted portion not exceeding ½ of the pension.
Any commuted pension received by an individual out of annuity plan of the life insurance corporation of India (LIC) from a fund setup by that corporation will be exempt.
Deduction in respect of contribution to certain pension funds(section 80ccc)
Permissible to individual only
Allowed in respect of any amount paid or deposited in the previous year
Amount of deduction; whole of the amount paid or deposit or 1,00,000 whichever is lower.
Deduction in respect of contribution to pension scheme of central Government or any other employee (section 80CCD)
Permissible to individual(self employed), employed by the central government or by any other employer
Amount not exceeds 10% of salary of P.Y. paid or deposit by the employee in his account under the notified pension scheme.
Any amount contributed by any other assessee being an individual(self employed) to such pension scheme not exceeding 10% of his gross total income in the P.Y.
Any amount contributes by the employer (i.e. central government or any other employer) to such pension scheme not exceeding 10% of the salary of the employee.
QUERY ON PENSION:-
Whether Pension (social security benefit) received by an Indian resident and ordinary resident from USA upon retirement is Taxable in India? What are the provisions in DTAA regarding this issue?
If the assessee is a resident in India and ordinary resident in India then – the assessee’s all the income (Indian and foreign) will be included in the total income and thus it will be taxed.
Several former residents of the United States (U.S.), who have settled in India, derive Social Security Benefits and Public Pensions in the U.S. In general terms, an individual who is Resident & Ordinarily Resident (R&OR) for tax purposes in India is required to pay tax in India on his or her global income. However, as per Article 20(2) of the Double Tax Avoidance Agreement (DTAA) between India and the U.S., such Social Security Benefits and Public Pensions paid by the U.S., even to an Indian Resident and R&OR under Indian Tax Laws, are taxable only in the U.S. and not required to be offered for income-tax in India, and hence according to the article 20 (2) of DTTA pension from U.S. need not be taxed in India again. 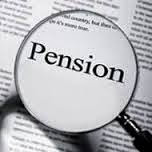