Posted by Unknown on 03:38 in General Knowledge on Taxation | Comments : 0 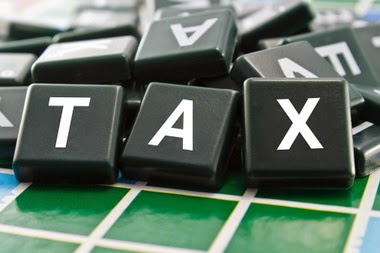 PATIALA: State excise and taxation department on Monday claimed to have exposed a major tax evasion scam involving sale and purchase of ceramic tiles from Gujarat to Punjab. With ceramic tiles valued around Rs 770 crores transported to Punjab from Gujarat in the past four years, sources in the department revealed that further investigation into the scam could throw evasion of several crores in their sale and purchase.
Explaining the modus operandi, taxation department claimed that portions of consignments of ceramic tiles, transported to Punjab, were fictitiously shown to have been unloaded in Chandigarh to evade tax. "Actual purchaser evaded tax by showing that he had to buy the consignment," said an official. State excise and taxation commissioner Anurag Verma said the practice came to light a few days ago when a vehicle was checked by the department officials near Barnala."Although the vehicle's driver claimed that it was carrying ceramic tiles worth Rs 3.01 lakh from Gujarat to Chandigarh, officials found a set of parallel documents from car, which showed that consignment worth Rs 7.56 lakh was issued by a Mumbai-based company in favour of a Jalandhar firm," he said.On being questioned, the driver and the "passer" stated that the tiles of a Mumbai firm were actually meant to be delivered in Jalandhar and bogus/forged transit documents, showing the consignment worth even less than half of its actual value, had been prepared in favour of a Chandigarh dealer in order to evade tax.Verma said investigation revealed that around 181 trucks had come into Punjab carrying goods of the Gujarat firm. "Value of these goods was more than Rs 5 crores and goods worth Rs 80 lakh have been shown to have been sent to the Chandigarh dealer," he added."The matter has been taken up with VAT department, which revealed that during the last four years Gujarat dealers had sent ceramic tiles worth about Rs 770 crores to Punjab dealers. Once this data is obtained, returns of Punjab dealers would be compared with it and where tax had been evaded would be recovered," he added.