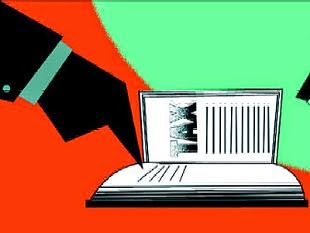 The Central Board of Direct Taxes (CBDT) has stated in a recent notification that all income tax (I-T) cases involving an addition to income of Rs 10 lakh or more in an earlier assessment year will be taken up for compulsory scrutiny.
All cases will be picked up for scrutiny where the addition to income in an earlier year's assessment was made on a "substantial and recurring question of law or fact", irrespective of whether the issue under dispute had been confirmed in favour of the I-T department at the appeal stage or is still pending.
In other words, if during the course of an I-T assessment for an earlier fiscal year, there was an addition made by the tax department of Rs 10 lakh or more to the income declared by a tax payer, his I-T return for the year ended March 31, 2014 (FY 2013-14) will now be taken up for scrutiny during the current financial year (2014-15).
I-T returns for the year ended March 31, 2014, are filed by taxpayers in the current financial year, which commences from April 1. For instance, salaried employees had to file their I-T returns by July 31.
Scrutiny is a regular feature carried out in selective cases to ascertain whether the taxpayer has declared his income correctly in his I-T returns and has paid the taxes due. While the I-T Act does not define what is "substantial and recurring question of law or fact", the matters that could come under scrutiny may cover those where additions to income were made earlier against a wide range of disputed issues, such as tax deduction at source or eligibility of expenses claimed by a taxpayer.
The circular Compulsory manual selection of cases for scrutiny during financial year 2014-15' ? was issued by the CBDT on September 2. All cases of search and seizure and also re-assessment will be subject to scrutiny by the I-T department.
Cases in respect of which specific and verifiable information pointing out tax evasion is given by the government departments and other regulatory authorities will also be picked up for scrutiny.
The CBDT has focused its attention on charitable trusts and institutions. For instance, if an institution was denied approval under section 10(23C) or the approval given was withdrawn, but tax exemption continued to be claimed, then such a case would be picked up for scrutiny.
Thus, institutions like hospitals and educational institutions are likely to face tax scrutiny. Similarly, if a charitable trust was not given registration under section 12AA or the registration was cancelled, but tax exemption was claimed, the case would be picked up for scrutiny.