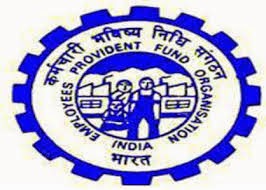 Retirement fund manager EPFO' s ambitious project to provide portable universal PF account numbers (UAN) to its subscribers is likely to be launched this month.
The UAN project is likely to be launched by Prime Minister Narendra Modi. However, no date for the formal launch has been fixed as yet.
The Employees' Provident Fund Organisation (EPFO) and the Labour Ministry are in touch with the Prime Minister's Office for the purpose, a senior official said.
EPFO completed seeding of 2.5 crore portable PF accounts with KYC details by August end, the official said , adding that the PF body is aiming to seed 1 crore UANs till September 15.
UAN will give the facility of collation of accounts, viewing of updated accounts as well as downloading the same and collation of pensionable service.
The universal number will be portable throughout the working career of members and can be used anywhere in India.
Thus, workers in organised sector would not need apply for transfer of PF account claim on changing jobs.
The body had issued 4.17 crore UANs in last week of July and had asked its field staff to complete the seeding of portable PF account number with KYCs like Aadhaar, bank account and PAN by September 15.
Finance Minister Arun Jaitley in his budget speech had said that UAN would be allotted to EPFO subscribers. The Labour Ministry had said that the seeding of KYCs to the UAN number would be completed by October 15.
Meanwhile, EPFO in a statement said that it has settled 53.94 lakh claims this fiscal till August end. Out of total claims, about 68 per cent were settled within 10 days.
It said that 4,700 firms used online facility for registration and got their PF codes online in the months of July and August.
Besides, now employers can deposit PF dues online through 56 banks other than State Bank of India. Earlier, firms were allowed to deposit PF contributions online through SBI only.
The Social Security agreement of EPFO with the Czech has been notified on September 1. This will enable workers to avoid double contribution towards social security schemes while on foreign assignments.