Posted by Unknown on 12:54 in General Knowledge on Taxation | Comments : 0 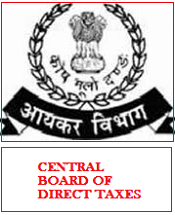 With an estimated Rs 4 lakh crore of tax revenue locked up in litigation, the Central Board of Direct Taxes (CBDT) has created over 240 new posts of Commissioners (Appeals) to speed up legal disposal system in the Income Tax Department.
"A total of 243 posts of Commissioner of I-T (Appeals) have been created in the department recently. These will be in addition to the existing 360 similar posts and will be filled by positioning IRS officers of the Income Tax cadre," a senior Finance Ministry officer said.
The CBDT, the apex policy making body of the I-T department, has been undertaking a host of steps to bolster the litigation management wing of the department which has come under criticism not only from courts but also successive Finance Ministers and in the audit reports of the Comptroller and Auditor General (CAG).
The senior Finance Ministry officer said these new officers will be in position soon and they are expected to start functioning within this financial year.
The CIT (Appeals) office is the first avenue of grievance redressal for a taxpayer in case he or she wants to appeal against an I-T demand.
Faced with a huge number of issues in this arena, the CBDT had also recently constituted a six-member panel to examine the "efficacy" of the existing primary litigation mechanism in the I-T department.
The empowered committee had also been mandated to suggest steps to reduce legal cases at the I-T department's two dispute resolution foras and asked to submit its report within eight weeks.