Posted by Unknown on 13:23 in General Knowledge on Taxation | Comments : 0 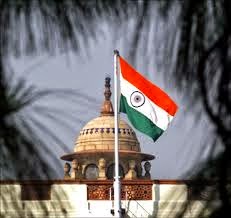 Supreme Court on black money
Noted jurist and former law minister Ram Jethmalani along with many other well known citizens filed a Writ Petition (Civil) No. 176 of 2009 in the Supreme Court of India seeking the court's directions to help bring back black money stashed in tax havens abroad and initiate efforts to strengthen the governance framework to prevent further creation of black money.
In January 2011, the (SC) asked why the names of those who have stashed money in the Liechtenstein Bank have not been disclosed. The court argued that the government should be more forthcoming in releasing all available information on what it called a "mind-boggling" amount of money that is believed to be held illegally in foreign banks.
The SC on 4 July 2011, ordered the appointment of a Special Investigating Team (SIT) headed by former SC judge BP Jeevan Reddy to act as a watch dog and monitor investigations dealing with the black money. This body would report to the SC directly and no other agency will be involved in this. The two judge bench observed that the failure of the government to control the phenomenon of black money is an indication of weakness and softness of the government.

The issue of unaccounted monies held by nationals, and other legal entities, in foreign banks, is of primordial importance to the welfare of the citizens. The quantum of such monies may be rough indicators of the weakness of the State, in terms of both crime prevention, and also of tax collection. Depending on the volume of such monies, and the number of incidents through which such monies are generated and secreted away, it may very well reveal the degree of "softness of the State."
— Justice B Sudershan Reddy and Justice S S Nijjar, Supreme Court of India

The government subsequently challenged this order through Interlocutory Application No. 8 of 2011. The bench (consisting of Justice Altamas Kabir in place of Justice B Sudershan Reddy, since Justice Reddy retired) on 23 September 2011 pronounced a split verdict on whether government plea is maintainable. Justice Kabir said that the plea is maintainable while Justice Nijjar said it is not. Due to this split verdict, the matter will be referred to a third judge


In April 2014, Indian Government disclosed to the Supreme Court the names of 26 people who had accounts in banks in Liechtenstein, as revealed to India by German authorities.