Posted by Unknown on 13:12 in General Knowledge on Taxation | Comments : 0 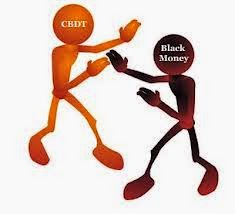 In India, Black money refers to funds earned on the black market, on which income and other taxes have not been paid. The total amount of black money deposited in foreign banks by Indians is unknown. Some reports claim a total exceeding US$1.4 trillion are stashed in Switzerland. Other reports, including those reported by Swiss Bankers Association and the Government of Switzerland, claim that these reports are false and fabricated, and the total amount held in all Swiss banks by citizens of India is about US$2 billion.
In February 2012, the director of the Central Bureau of Investigation said that Indians have $500 billion of illegal funds in foreign tax havens, more than any other country. In March 2012, the Government of India clarified in its parliament that the CBI Director's statement on $500 billion of illegal money was an estimate based on a statement made to India's Supreme Court in July 2011.