Income Tax Dues Can be Paid at RBI Offices, 29 Banks

Posted by Unknown on 12:57 in General Knowledge on Taxation Income tax | Comments : 0 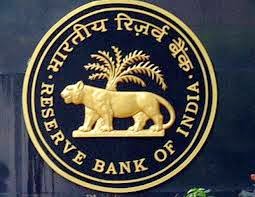 The Reserve Bank of India (RBI) has asked the public to pay income tax dues well in advance so as to avoid standing in long queues and stated that 29 agency banks are also authorised to accept such payments.
"Pay IT dues in advance at RBI or at authorised bank branches...These will obviate the inconvenience involved in standing in long queues at the Reserve Bank offices," the apex bank said in a notification on Tuesday.
It said the assessees can use alternate channels like select branches of banks or the facility of online payment of taxes offered by these banks.
The lenders where income tax dues can be filed include Allahabad Bank, Syndicate Bank, Andhra Bank, UCO Bank, Bank of Baroda, Union Bank of India, Bank of India, United Bank of India, Bank of Maharashtra, Vijaya Bank, Canara Bank, State Bank of India, Central Bank of India, State Bank of Bikaner & Jaipur, Corporation Bank, State Bank of Hyderabad and Dena Bank.
Among others are State Bank of Travancore, IDBI Bank, State Bank of Mysore, Indian Bank, State Bank of Patiala, Indian Overseas Bank, HDFC Bank, Oriental Bank of Commerce, Axis Bank, Punjab & Sindh Bank, ICICI Bank and Punjab National Bank.
It is observed that the rush for remitting income tax dues through the RBI has been far too heavy towards the end of September every year, the apex bank noted.
It also said it becomes difficult for it to cope with the pressure of issuing receipts although additional counters to the maximum extent possible are provided for the purpose.