How Many People In India Pay Income Tax? Hardly Anyone

Posted by Unknown on 11:11 in General Knowledge on Taxation Income tax | Comments : 0 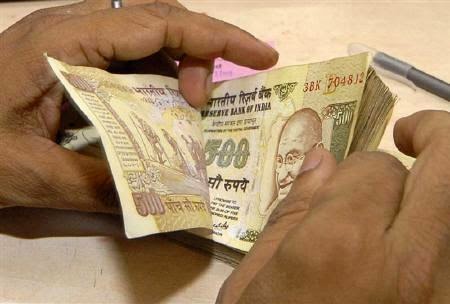 Tax evasion by the wealthy has been cited as a central element in the financial collapse of Greece, while not paying income taxes is also a major problem in Italy and various other debt-wracked nations. However, when it comes to not paying taxes, Indians are in a category of their own.
According to various media reports, only 2 to 3 percent of Indians pay any income tax at all. In December, India’s finance minister, Palaniappan Chidambaram, said that 2.89 percent of the population (about 36 million people) filed income taxes. (In contrast, in the U.S., about 45 percent of the population pays taxes, which means that, despite India’s much-larger population, more Americans than Indians actually pay taxes.)
There are many reasons for this. Part of it has to do with the fact that many Indians do not earn enough annual income to even qualify to pay, but a larger factor has to do with India’s huge rural and underground economies, which present severe logistical issues with respect to collecting tax revenues.
Like virtually everything else in India, the tax system is ludicrously complicated, confounding, contradictory and wracked by corruption, inefficiency and incompetence. However, for the purposes of simplification, under terms of the 2012-2013 government budget, Indians earning below 200,000 rupees annually (the overwhelming majority of the country) are exempt for paying any income tax. Those making between 200,000 and 500,000 rupees are subject to a 10 percent tax; those earning between 500,000 and 1 million rupees, 20 percent tax; and those above 1 million, a 30 percent rate.
Compounding things is that, like their counterparts in Europe, India’s new wealthy do anything they can to avoid paying taxes. According to the Credit Suisse Global Wealth Report, India now has some 1,500 ultra high net worth individuals with wealth of at least $50 million and 700 who have more than $100 million of assets.
The Wall Street Journal reported that India currently has about 125,000 millionaires. (On the other side of the wealth spectrum, reflecting India's immense income inequality, 95 percent of the country has assets below $10,000.)
In March of this year, as part of the new government budget, Chidambaram proposed a temporary 10 percent surcharge that would be applied to people with annual income of at least 10 million rupees (about $176,000). However, that new tax would only apply to about 43,000 people in the whole country, Chidambaram told parliament --- despite the fact that at least three times that many people are believed to be millionaires.
To address these discrepancies, the government has been trying to widen the tax base by citing what people spend, not so much on what they claim they earn -- in February, the Finance Ministry said it plans to probe the finances of about 1.2 million people who did not file tax returns last year but who appeared to possess enough wealth to require paying taxes. That is, they made significant payments on credit cards or bought or sold properties worth at last $55,000 or purchased bonds and or mutual funds.
“Basically, very few people pay income tax,” Sonal Varma, executive director and India economist at Nomura, told the Journal.
“If you can’t capture their income, you have to capture their expenditure. Look at those people who are spending over a certain limit or have a certain lifestyle, and see if they are paying tax. If not, bring them into the system.”
However, that may not be easy in a country where 75 to 80 percent of the labor market comprises the “informal sector” (that is, anyone who works for themselves). “We should not assume that the informal sector is all poor; there are very rich people in the informal sector,” Samiran Chakraborty, head of regional research in South Asia for Standard Chartered, told the Journal. “Data collection for the formal sector is quite good, but the informal sector is a big area of leakage.”
The only people who do regularly file income taxes are believed to be salaried employees at big companies whose bosses file for them.
Sonu Iyer, a tax expert at Ernst & Young in New Delhi, told the Associated Press that in India tax evasion is “rampant.”
Untold billions of dollars are believed to be kept in banks in Switzerland and Singapore by very wealthy Indians who refuse to hand over one rupee to the New Delhi taxman.
Arun Kumar, a professor at the Centre for Economic Studies and Planning at Jawaharlal Nehru University in Delhi, explained that the wealthy in India use provisions within the law to avoid paying taxes.
“The more property you have and the richer you become, the less and less tax you pay, because you can take things like dividend income from shares and property away from taxable income,”  he said. “Then there are those who use illegal methods like taking all the costs of the home and treating them as company costs, which are tax-deductable like phone bills, the servants’ wages, airfares for holidays. They take out a lot of money [from the system] through inflated expenses.”
Even more astounding, India’s largest industrial sector by far, agriculture, which employs literally hundreds of millions of people, is completely exempt from paying income tax.
“[But] even in farming, there are a lot of very rich people. But finding out who they are is a matter of changing the tax law, which would be very difficult,” Chakraborty added. “Better data collection and changes to the tax laws need to happen if India is to widen its tax base.”
It is impossible to ascertain how much revenue India loses through tax evasion. But Kumar estimated that perhaps one-fifth of India’s annual gross domestic product (almost $1.9 trillion as of 2011) is lost due to unpaid taxes on the "black economy."
“Of course, I don't pay all my taxes," a New Delhi businessman told AP. “Why should I pay my taxes while the politicians are getting richer and richer every day?"