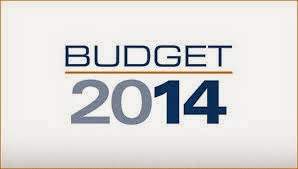 The Union Budget, 2014 presented by the Finance Minister today is promising on building consumer’s confidence, investor’s confidence & overall confidence and taken several steps to improve fiscal situation and boost growth of Indian economy to 7-8% in coming years. The Roadmap made for fiscal consolidation in the next 3 years is inspiring on reduced fiscal deficit at 4.1% of GDP in 2014-15, 3.6% in 2015-16 and 3% in 2016-17.