Posted by Unknown on 13:16 in General Knowledge on Taxation Income tax | Comments : 0 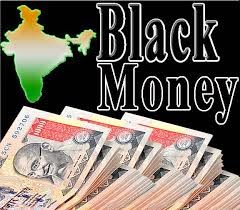 In early 2011, several reports Indian media alleged Swiss Bankers Association officials to have said that the largest depositors of illegal foreign money in Switzerland are Indian.These allegations were later denied by Swiss Bankers Association as well as the central bank of Switzerland that tracks total deposits held in Switzerland by Swiss and non-Swiss citizens, and by wealth managers as fudiciaries of non-Swiss citizens.
James Nason of Swiss Bankers Association in an interview about alleged black money from India, suggests "The (black money) figures were rapidly picked up in the Indian media and in Indian opposition circles, and circulated as gospel truth. However, this story was a complete fabrication. The Swiss Bankers Association never said or published such a report. Anyone claiming to have such figures (for India) should be forced to identify their source and explain the methodology used to produce them."
In August 2010, the government revised the Double Taxation Avoidance Agreement to provide means for investigations of black money in Swiss banks. This revision, expected to become active by January 2012, will allow the government to make inquiries of Swiss banks in cases where they have specific information about possible black money being stored in Switzerland.
In 2011, the Indian government received the names of 782 Indians who had accounts with HSBC. As of December, 2011, the Finance Ministry has refused to reveal the names, for privacy reasons, though they did confirm that no current Members of Parliament are on the list. In response to demands from the Bharatiya Janata Party (BJP) opposition party for the release of the information, the government announced on 15 December that, while it would not publish the names, it would publish a white paper about the HSBC information.
According to White Paper on Black Money in India report, published in May 2012, Swiss National Bank estimates that the total amount of deposits in all Swiss banks, at the end of 2010, by citizens of India were CHF 1.95 billion (INR 92.95 billion, US$2.1 billion). The Swiss Ministry of External Affairs has confirmed these figures upon request for information by the Indian Ministry of External Affairs. This amount is about 700 fold less than the alleged $1.4 trillion in some media reports.
In February 2012, Central Bureau of Investigation (CBI) director A P Singh speaking at the inauguration of first Interpol global programme on anti-corruption and asset recovery said: "It is estimated that around 500 billion dollars of illegal money belonging to Indians is deposited in tax havens abroad. Largest depositors in Swiss Banks are also reported to be Indians". In a hint at scams involving ministers, Singh said: "I am prompted to recall a famous verse from ancient Indian scriptures, which says – यथा राजा तथा प्रजा. In other words, if the King is immoral so would be his subjects" The CBI Director later clarified in India's parliament that the $500 billion of illegal money was an estimate based on a statement made to India's Supreme Court in July 2011.
After formal inquiries and tallying data provided by banking officials outside India, the Government of India claimed in May 2012 that the deposits of Indians in Swiss banks constitute only 0.13 per cent of the total bank deposits of citizens of all countries. Further, the share of Indians in the total bank deposits of citizens of all countries in Swiss banks has reduced from 0.29 per cent in 2006 to 0.13 per cent in 2010.
The Ministry of Finance through the Investigation Division of the Central Board of Direct Taxes released a White Paper on Black Money giving the Income Tax Department increased powers.